Official Blurb:  COME FROM AWAY takes you into the heart of the remarkable true story of 7,000 stranded passengers and the small town in Newfoundland that put their lives on hold and opened their homes to this world of strangers. Cultures clashed and nerves ran high, but uneasiness turned into trust, music soared into the night, and gratitude grew into enduring friendships. Don’t miss this breathtaking show written by Irene Sankoff and David Hein, and directed by Tony®-nominee Christopher Ashley (Memphis), that The Washington Post hails as, “an exuberant antidote for what ails the American soul,” and Newsweek calls, “a funny, charming and uplifting celebration that does what all the best musicals do: takes you to a place you never want to leave.”

My take: I was surprisingly blown away. The sum of its parts is so much greater than its individual parts that truly a little bit of alchemy or should we say magic occurs on stage. This really is a show that I probably shouldn’t have liked. I could list a few or many things I would have had issue with, would have changed.  What can I nitpick: the music wasnt my favorite, yet it was effective. The set was super simple and i think more could have done, but then again I got the story perfectly and the narrative came through in spades.  The casts individual signing save for some exceptions wasnt spectacular. Yet,Big kudos to the whole cast for singing and dancing their heart out and making it a true ensemble. I was specifically impressed with Jenn Colella, she was so dynamic.

In the end, none of the details of it matters. This is a show that is needed in the current political climate. It is a story that must be told and a message that more people should hear.  In conclusion it was beautiful heartfelt and warm and probably the show I needed to see and probably all of you as well.

I also love history and this show is based on real events, and it made me just want to know so much more about this. You will probably leave and do some serious googling 🙂

and some pics I took: 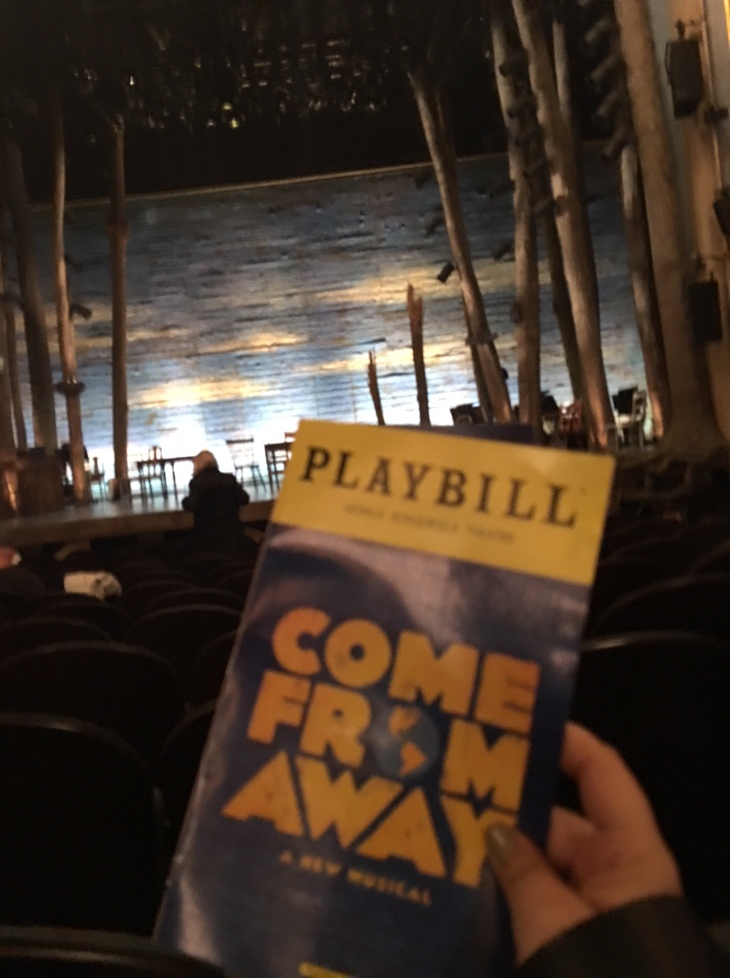