Boys in the Band

Official Blurb: Celebrating its 50th Anniversary, the fiercely funny and groundbreaking play THE BOYS IN THE BAND is now on Broadway for the first time ever in a strictly limited engagement through August 11 only. MART CROWLEY’s landmark 1968 play centers on a group of gay men who gather in a NYC apartment for a friend’s birthday party. After the drinks are poured and the music turned up, the evening slowly eposes the fault lines beneath their friendships and the self-inflicted heartache that threatens their solidarity. A true theatrical game-changer, THE BOYS IN THE BAND helped spark a revolution by putting gay men’s lives onstage — unapologetically and without judgment — in a world that was not yet willing to fully accept them.Don’t miss your chance to see the most exciting cast on Broadway, including JIM PARSONS (“The Big Bang Theory,” An Act of God), ZACHARY QUINTO(Star Trek, “American Horror Story”), MATT BOMER (The Normal Heart, “White Collar,” Magic Mike) and ANDREW RANNELLS (The Book of Mormon, “Girls”). The production also includes CHARLIE CARVER, ROBIN de JESÚS, BRIAN HUTCHISON, MICHAEL BENJAMIN WASHINGTON and TUC WATKINS, and is directed by Tony Award winner JOE MANTELLO (The Humans, Other Desert Cities, Wicked)

My Take: The reason why I went to this this show was remunerated in spades. Seeing masterclass performances by Jim Parsons, Matt Bomer, Zachary Quinto and Andrew Rannells so up close and personal was totally worth the price of admission. As a play it was really interesting and very funny and poignant at moments. Some moments were slower, but the magnitude of what this play would have been 50 years ago is impressive. I can’t even begin to think how groundbreaking and revolutionary it must have seemed then. Also it was kind of perfect that i got to see it during pride month and get my rainbow playbill with this show. If you can get ticket run to see it! Bonus points: Matt Bomer on stage nudity! 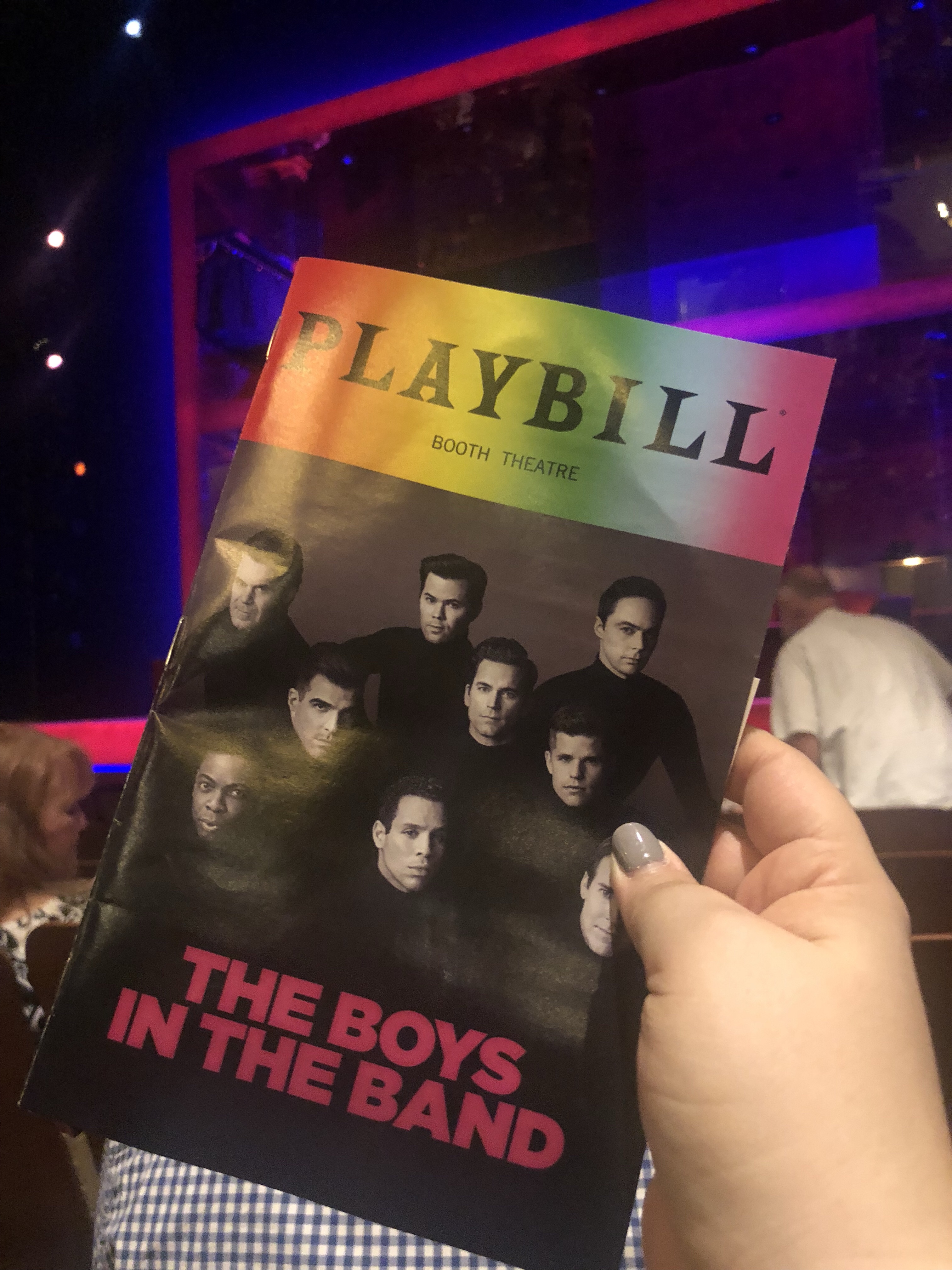