on Sunday I went to The Gaultier Exhibit at the Brooklyn Museum: The Fashion World of Jean Paul Gaultier: From the Sidewalk to the Catwalk. In general it was a very inventive curation and as a fashion lover, I really enjoy the portrayal of fashion as art. I think the three things I liked the most about the exhibit was: first, the video projection mannequins, that looked like real people. It was strange, impressive and cool all at the same time. I also liked the thematic groupings of his work, it was just very organized and beautifully displayed. Third, I loved that I could take pictures and share with you. As an exhibit, it was very complete in compiling his work, and his different thematic influences. It also highlighted his most famous styles and pieces. however, as amazing as some of the pieces were, some did just not match to the level, at it wasn’t clear why they were there as neither their history or influence in the fashion world was clear.

Here is a pictorial tour of the exhibition: the first hall was great! a whole room of some of his best and most flashy work, as well as a mannequin of gaultier himself, with the famous stripped top, that with the projection, looked earily alive

The  next room was the boudoir room. Here we got to see the cone bras, which in my book is one of the two most distinguisin Gaultier icons (the other being the man skirt!). It was also agreat recollection of his obsession with corsets and undergarments 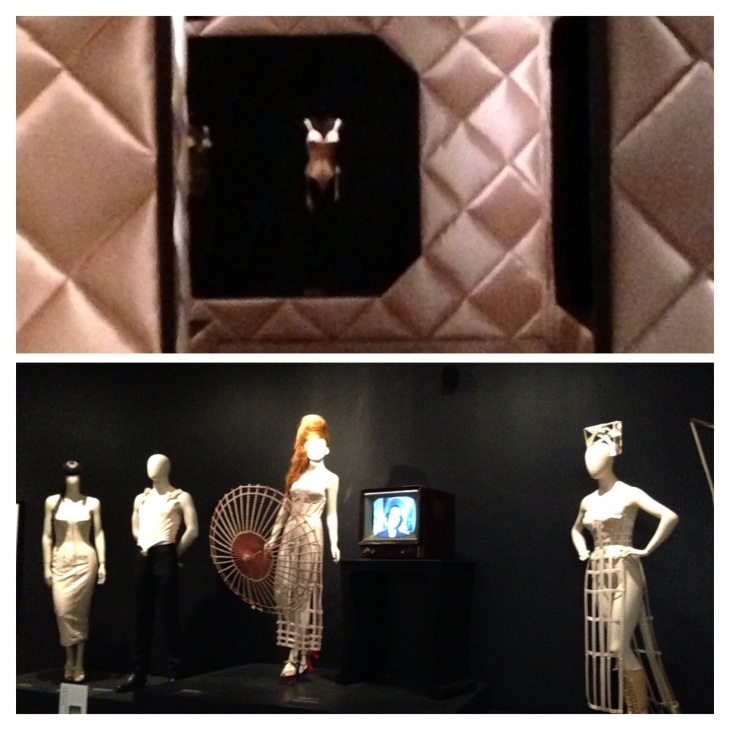 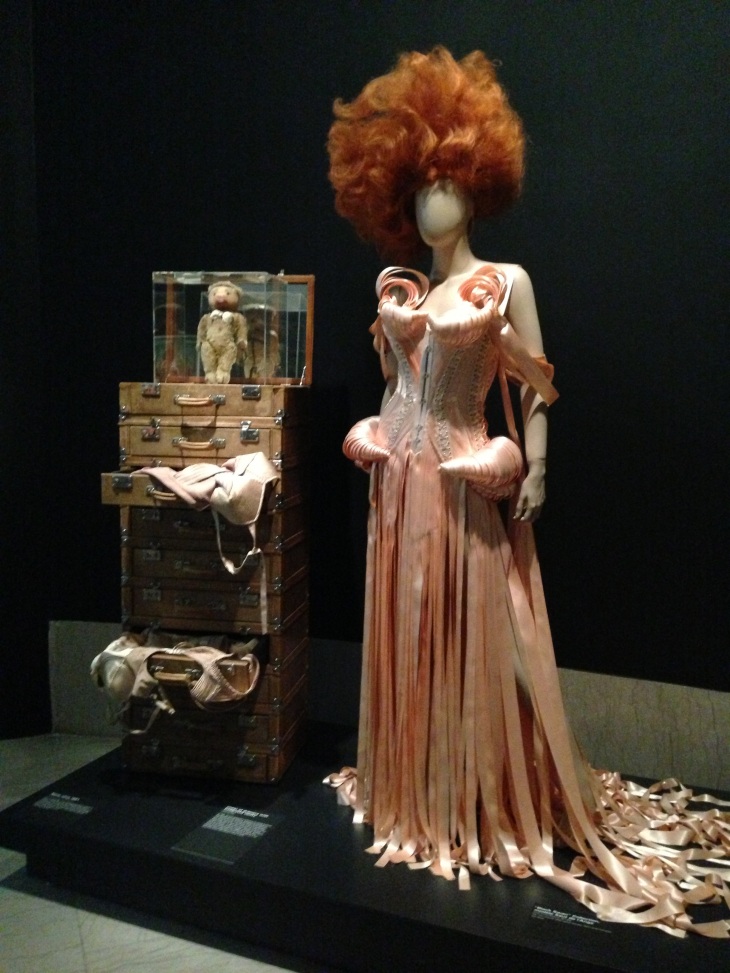 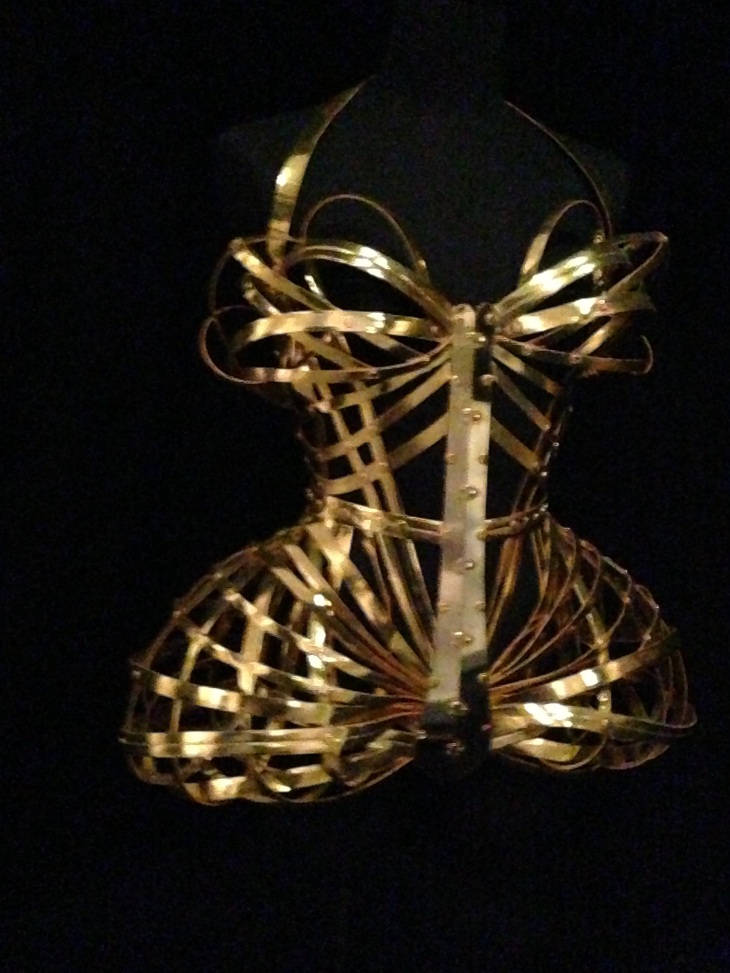 The punk room was visually very engaging, and of course, the man skirts were in full display 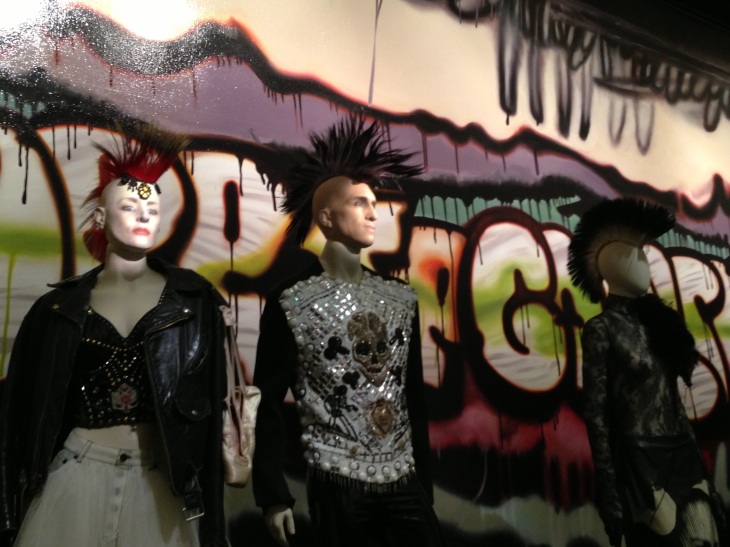 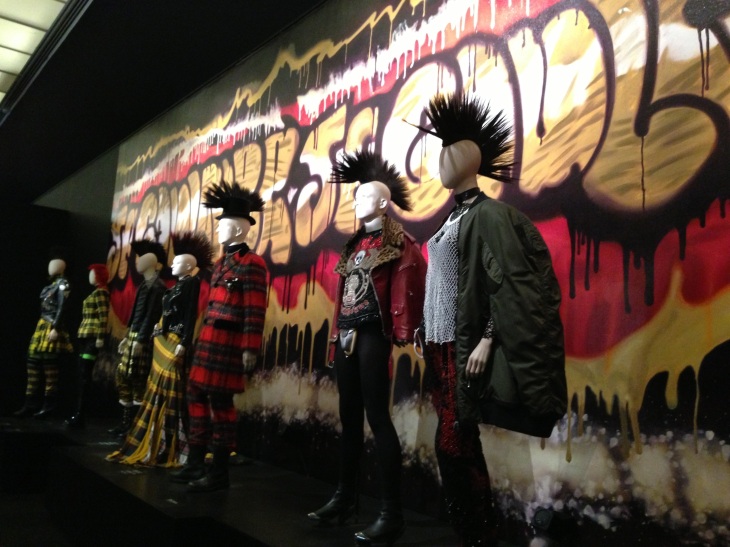 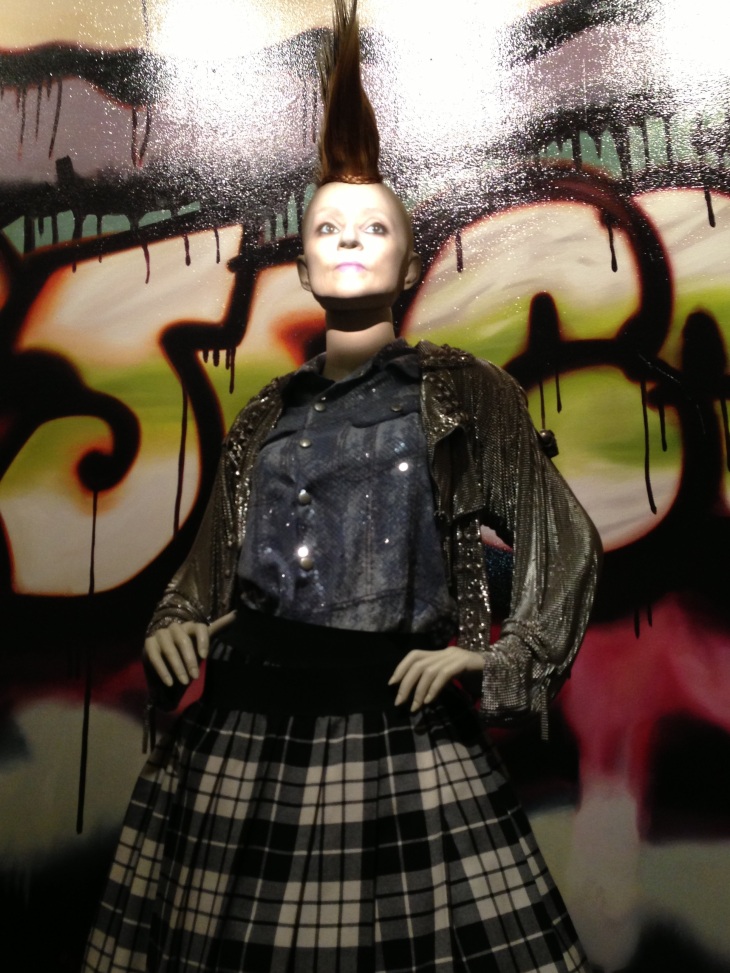 Some of the other exhibition highlights: 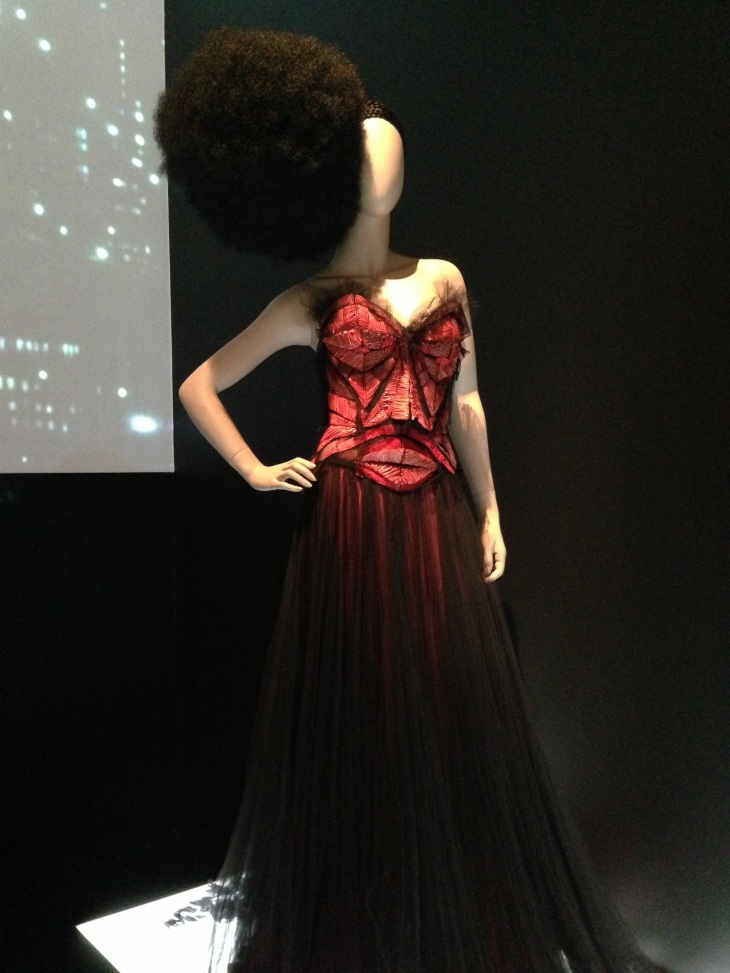 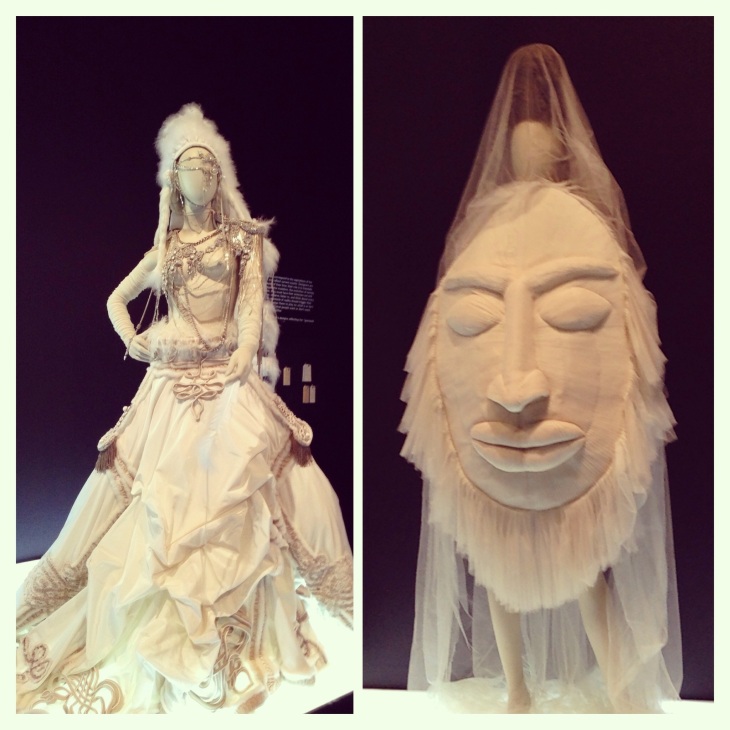 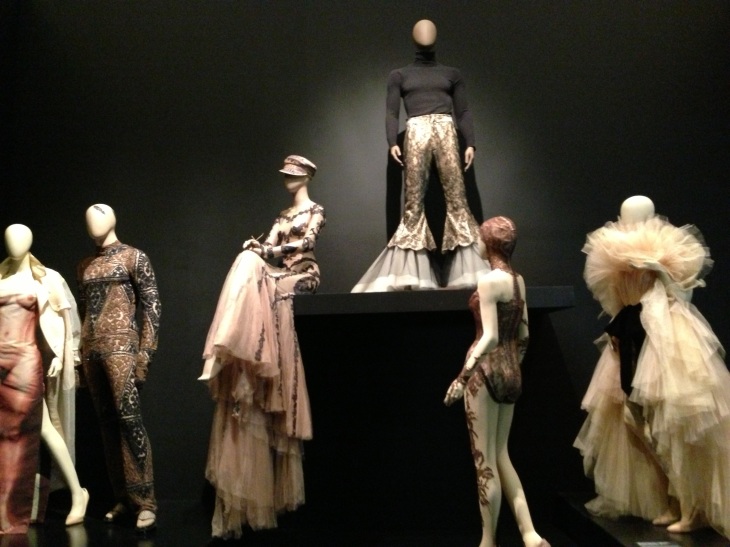 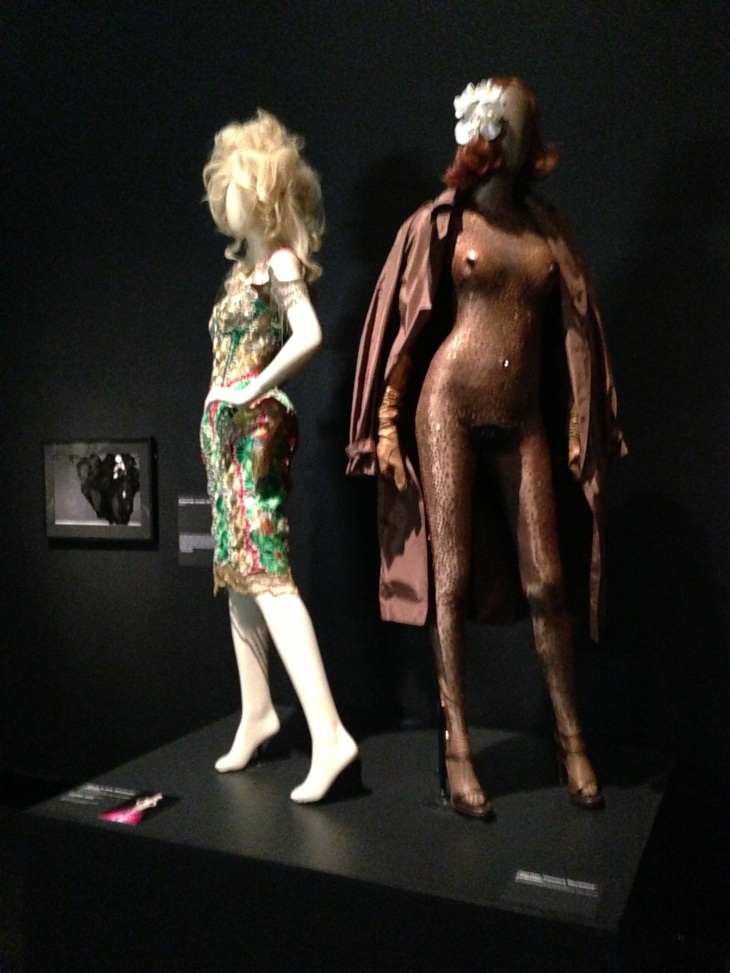 Some of the things I liked the most about the exhibit, where the artistic collaborations of Gaultier with some of the biggest stars such as Madonna, Amy winehouse, Beyonce etc. This got me thinking how cool would it be to do an exhibition of great costumes and concert outfits?

Some articles and commentary on the exhibit: