The Husband’s Secret by Liane Moriarty

GoodReads Blurb:  At the heart of The Husband’s Secret is a letter that’s not meant to be read: My darling Cecilia, if you’re reading this, then I’ve died…

Imagine that your husband wrote you a letter, to be opened after his death. Imagine, too, that the letter contains his deepest, darkest secret—something with the potential to destroy not just the life you built together, but the lives of others as well. Imagine, then, that you stumble across that letter while your husband is still very much alive. . . .
Cecilia Fitzpatrick has achieved it all—she’s an incredibly successful businesswoman, a pillar of her small community, and a devoted wife and mother. Her life is as orderly and spotless as her home. But that letter is about to change everything, and not just for her: Rachel and Tess barely know Cecilia—or each other—but they too are about to feel the earth-shattering repercussions of her husband’s secret. Acclaimed author Liane Moriarty has written a gripping, thought-provoking novel about how well it is really possible to know our spouses—and, ultimately, ourselves

My Take: 4.5 out of 5. This was a great book. Three stories that even though you know will be intertwined from the start, the connections are not obvious and the author starts to peel the layers of the mysteries at a great pace.  The opening is all about Pandora, and all the implications of her opening the box. This preamble, and the whole book makes you think about the ramifications of all the actions that we take day by day and the effects we are making in the world, and how we are slowly interconnecting with everybody else. A must read. 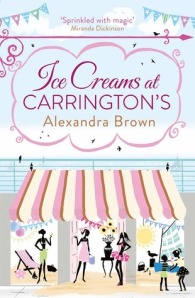 GoodReads Blurb: Georgie Hart and Carrington’s Department Store have got the world at their feet. Since a reality TV series put them both on the map, life has been amazing! Carrington’s profits are in the pink, Georgie has carved herself a place in the nation’s heart and her romance with Tom, the store’s boss, has finally blossomed. Now summertime has come to Mulberry-on -Sea and Georgie is in great demand. The town is holding a big summer festival and she and her mates from Carrington’s are planning on making sure that Mulberry puts on the show of its life! But Georgie is about to get the offer of a lifetime – one that is just too good to turn down and something that will test her loyalties to their limits… Will Georgie be able to pull off it off once again, or has her luck finally run out?

My Take 3 out of 5. This is definitely only acceptable reading if you have read the previous books from her: Cupcakes at Carringtons and Christmas at Carringtons (which of course I have and have really enjoyed). It is a good continuation, yet not as good as the first 2 books. Some good light summer reading, but I think the stories are being extended too much and are starting to feel a bit too repetitive. 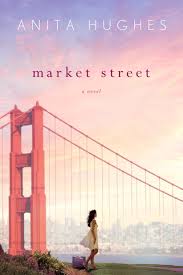 Goodreads Blurb:  Cassie Blake, heiress to Fenton’s, San Francisco’s most exclusive department store, has been married to Aidan, a handsome UC Berkeley professor, for ten years. But when she discovers Aidan allowed himself to be seduced by one of his students, she moves into the third floor of her best friend Alexis’s Presidio Heights mansion. Aided by the hilarious and high-spirited Alexis, Cassie has to decide if she can forgive Aidan and give their marriage one more chance. Saving her marriage is not the only choice Cassie has to make. Cassie’s mother is eager to have her oversee Fenton’s new Food Emporium, destined to be San Francisco’s hottest gourmet shopping destination. Her true passion has always been food, and Cassie suspects her mother might be trying to lure her into the Fenton’s fold by entrusting her with such an exciting opportunity. And then there is James, the architect designing the Emporium, who is quietly falling in love with her. Filled with delicious descriptions of high fashion, gourmet food and the City by the Bay, Market Street is a rewarding treat that will linger long after its surprising and satisfying finish

My Take: 3.5 out of 5. A great and easy summer read. I got through it in a day and it was very enjoyable. Like most Anita Hughes books I have read, the cities become another character in the book, this time it’s San Francisco. I loved all the department store stories and Cassie is a great lead character. Between all the accesories and food talk, the reading will wheeze by you and you will end up craving a great dinner and a shopping spree.

Mi take: 4 out of 5. Great historical fiction. The settings, characters and stories are perfectly intertwined. It is an extremely well researched book, and I really enjoy the mix of history with the intrigue and romantic history. Sira is a great character to root for, and you will throughout the book. I The book however  is not excellent throughout. The first half of the book, The First Madrid part and Morocco is excellent and super tight. The second part of the book, her second trip to Madrid, presents quite a few plot holes and inconsistencies, which given my great appreciation of the first part I was totally ok letting go and taking the leap of faith with the author. I would however have gotten rid altogether of the epilogue, it was not needed and infuriated me to what was a perfectly acceptable ending.

Antena 3 made a spanish miniseries based on it, and after reading this book I had to go straight to it (yes I liked the book that much). After 11 episodes, i was very exited that they changed the ending and they tied many of the inconsistencies of the second half of the book, so I usually never say this, but I would watch the miniseries instead of reading the book, or definitely do both!