Official Description: SCHOOL OF ROCK is a brand new musical based on the famous Paramount film written by Mike White, which starred Jack Black.The musical follows Dewey Finn, a failed, wannabe rock star who decides to earn a few extra bucks by posing as a substitute teacher at a prestigious prep school. Completely disinterested in academic work, Dewey decides to create his own curriculum, turning his class into a guitar-shredding, bass-slapping, mind-blowing rock band. The stage musical is produced by Andrew Lloyd Webber, who has composed 14 new songs to create a score, which also features all the original songs from the movie. SCHOOL OF ROCK, with its sensational live kids’ rock band, is a loving testimony to the transforming power of music. No one can stop the School of Rock! 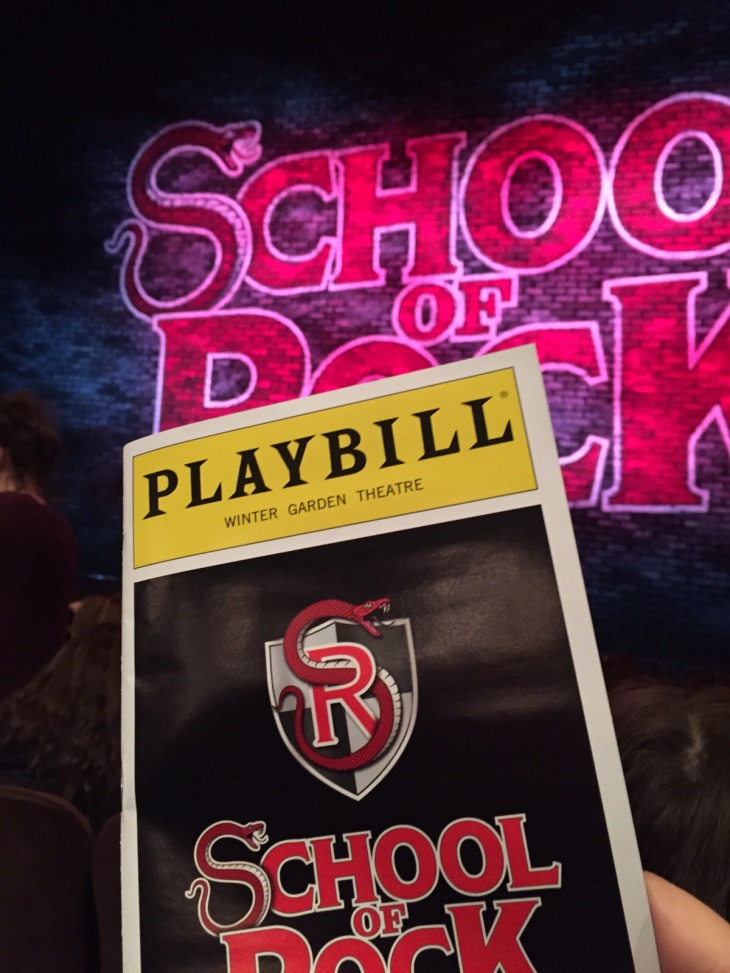 My take: I saw School of Rock on the second day of previews and I was super impressed to see in what good shape it is, it looked perfectly polished apart from a few sound issues. I think this is going to be a wonderful family show for the Broadway stage, to join such staples as Lion King, Matilda, Aladdin and Wicked. Like the movie, its fun and sweet and a great time is had by all. However the thing that carries the show are the kids. They are absolutely spectacular and adorable. Special mention for utter cuteness are Isabella Russo as Summer who carries her intense perfection beautifully, Evie Dolan as the bass playing Katie whose duck/rock face is a highlight and the amazing guitar playing skills of Zach. However the prize is won by Bobby Mackensie as Tomika whose voice is ridiculously spectacular. Surprisingly, the most disappointing part is one that I was looking forward to the most and that is Sierra Boggess. Her showstopper song just doesn’t fit her voice right.

A good article on Vanity Fair: Behind School of Rock’s Broadway Transformation 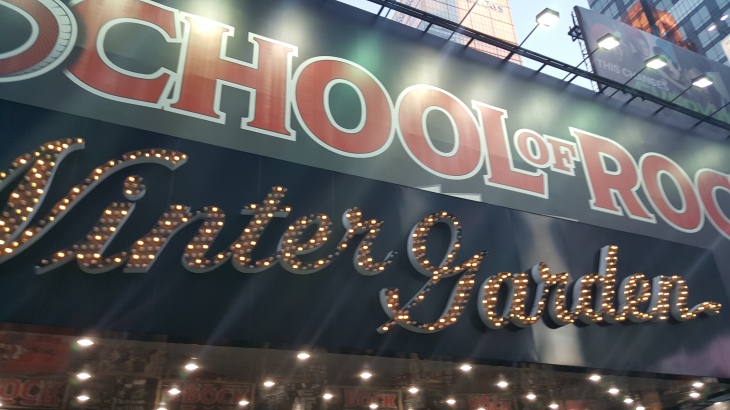 Official Blurb:Getting shipped off to weight-loss camp is hardly Robert’s idea of the perfect summer, but even he isn’t prepared for what can be lost or gained at Camp Overton, the No. 3 weight-loss camp in Southern Pennsylvania. With biting humor and irreverence, GIGANTIC tackles the growing pains of adolescence through the experiences of a bunch of misfit teens forced to find solace in one another as they look — inside and out — for acceptance, a hot make-out session, and the last contraband Butterfinger. A coming-of-age musical comedy fed by an infectious pop/rock score, GIGANTIC is created by Randy Blair, Tim Drucker, and Matthew roi Berger and is directed by Scott Schwartz (BAT BOY, TICK TICK BOOM).

My Take: This show has a super sweet, powerful first act that I feel looses most of its goodwill in a very misplaced and descending second act. I did see it in one of its first previews and they had so many technical issues. The set had many malfunctions, including back curtains not coming down twice and the stage breaking before it should, causing the guy playing Anshel to be injured in it. Also there is a scene with the counselors dressed up and giant teddy bear monsters which was the exact moment where thy lost me, just too much too bad.

The songs are cute, the singers are excellent, especially Ryann Redmond, but in the end its just not as good as I expected.