Last week I went to a great event at Del Posto, a vertical Wine tasting of Masseto, with their own wine maker, Axel Heinz.  As the official invitation stated: This singular wine is one of the most rare and sought after wines in the world, and on April 20th, 2016 Axel will guide us on an exploration of the beauty and mystique of the famed clay-limestone terroir of the Masseto vineyard. Axel’s journey from Bordeaux to Bolgheri has enabled him to understand the beauty and complexity of Merlot and how Bolgheri’s expression of this noble grape is uniquely Italian. These stellar wines that have come directly from Masseto’s cellar will be complimented by a menu created by James Beard Award Winning Chef, Mark Ladner.

The stars of the show: the wines (and what I can remember from the commentary)

2008 – 2009: both 2008 and 2009 were very hot years, and prove that good wines can come of hot seasons as Merlot has a reputation to not being able to cope with high temperatures and becoming clammy. The 2009 was very difficult to pick as it had to be done in the lapse of a week as the timing was everything not to go from underripe to overripe given the weather

2005-2007: Having the 2006 during the dinner was a surprise. It is highly regarded as one of the best, a gift of mother nature as Axel called it. 2005 was a difficult year because everything was out of control. 2007 is one of the ones they like the most, it just suffers from having followed 2006. It is a wine all about power but silky

The food  I was too exited about the wine and forgot about the food a nice picture of the first course and a terrible one of the beef course – everything else I forgot. 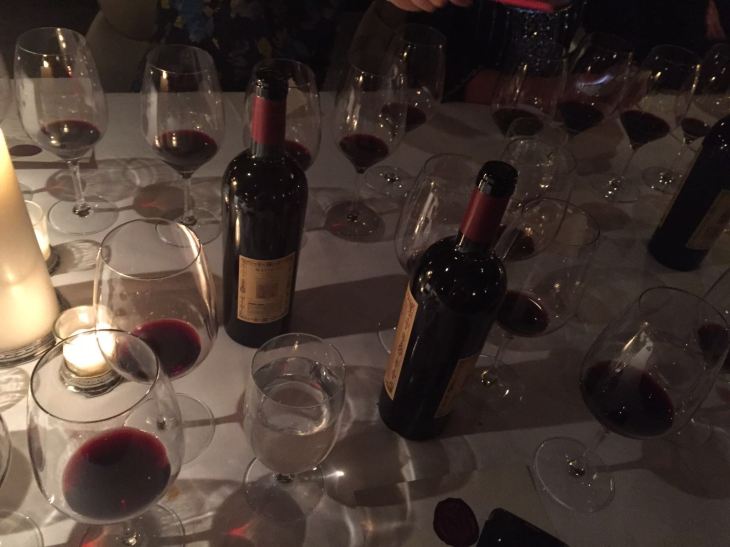