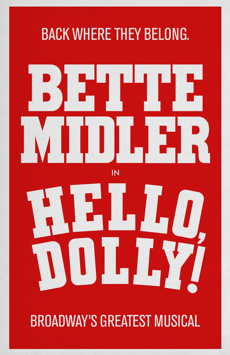 Official Blurb: Back where they belong. Bette Midler. Hello, Dolly!
Michael Stewart’s (book) and Jerry Herman’s (music and lyrics) masterpiece, Hello, Dolly!, returns to Broadway starring none other than Bette Midler. Directed by four-time Tony Award® winner Jerry Zaks, Hello, Dolly! is now in performances at Broadway’s Shubert Theatre (225 West 44th Street). This production, the first new production of Hello, Dolly! to appear on Broadway since it opened more than fifty years ago, pays tribute to the original work of legendary director/choreographer Gower Champion, which has been hailed both then and now as one of the greatest stagings in musical theater history 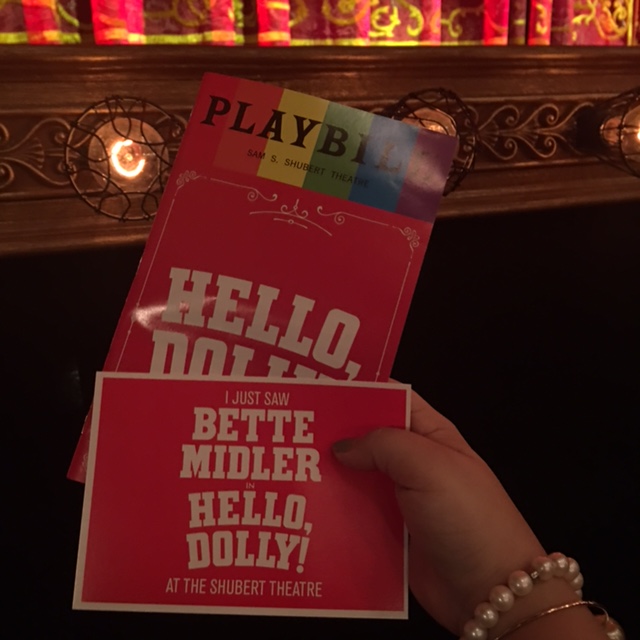 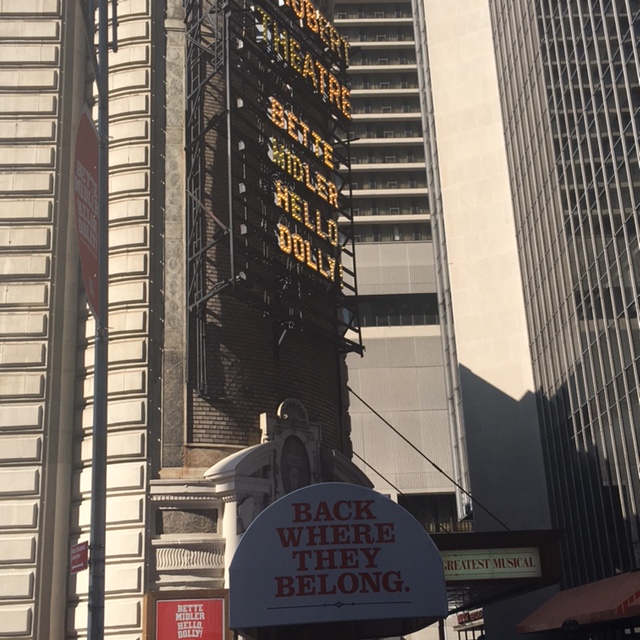 My Take: Bette Midler is a shinning star and there’s no denying it. Also can I please have as much energy and dancing power when im 71? it really is crazy how much energy and pizzas she leaves onstage. This show is really a Look at Bette Wow show, and you can tell by the number of standing ovations and applause she gets throughout. Een though you could tell in the performance i went that she was not in full voice and was probably fighting back some issues, she stilled managed to wow the entire theater.

I have to be honest, I had never seen Hello Dolly before so this was my first experience with the show. As a show I thought it was and ok, sweet comic show. Too much slapstick comedy to fall into the type of shows that i usually gravitate towards, i like my sweeping dramas and heartfelt numbers more. Yet, put Bette Midler in and it is a once in a lifetime spectacle.  I have to give mayor props to the production too. The sets and costumes are gorgeous and the ensemble and supporting actors are superbly cast. It’s a perfectly mounted classic revival.  OH and they got Bette – big kudos to them. The highlights for me in the cast were Gavin Creel whose charm definitly earned him that Tony. Also Beanie Feldstein as Minnie FAye is a newcomber revelation.

I can honestly say I’ve had an embarrassment of riches in terms of theater greats this year. Not only was I able to see Bette live, but i got to see Glenn Close, PAtti Lupone and Kevin Kline all in the span of two months. I feel honored!