Official Blurb:  YOU CAN’T SIT WITH THEM. BUT YOU CAN SIT IN THE AUDIENCE. MEAN GIRLS is now a ferociously funny new musical from director Casey Nicholaw (Aladdin, The Book of Mormon), composer Jeff Richmond (“30 Rock,” “Unbreakable Kimmy Schmidt”), lyricist Nell Benjamin (Legally Blonde) and book writer Tina Fey (“30 Rock,” Bossypants).Cady Heron may have grown up on an African savanna, but nothing prepared her for the wild and vicious ways of her strange new home: suburban Illinois. How will this naïve newbie rise to the top of the popularity pecking order? By taking on The Plastics, a trio of lionized frenemies led by the charming but ruthless Regina George. But when Cady devises a plan to end Regina’s reign, she learns the hard way that you can’t cross a Queen Bee without getting stung.Produced by Lorne Michaels, Stuart Thompson, Sonia Friedman, and Paramount Pictures, MEAN GIRLSgets to the hilarious heart of what it means to be a true friend, a worthy nemesis, and above all, a human being. Get tickets now and be the first to see it on Broadway

My take: There is usually that stereotypical moment in school when they tell someone that they have so much potential but they’re not living up to it. That is exactly what is happening with Mean Girls. Unfulfilled potential. I got in wanting to have such a fun time and left with a mehh feeling. I needed a bit more. It’s not bad, its just not as good as it could be. I am the ideal demographic for this. I absolutely loved the Broadway Adaptations of  legally Blonde and Bring it On, and i am a sucker for fun happy musicals. However Mean Girls has a fabulous source material but the show just doesn’t light up on stage. The main issue I think is the music. I don’t think it’s Poppy or catchy enough for  what they’re actually trying to accomplish. You need some tunes you remember, some catchy upbeat numbers, or maybe things you might actually be hearing on the radio. However that’s not what you get. Most song were just completely forgettable. Some where actually terrible, like Apex predator, which just was Bad with a capital B. Also sadly the lyrics were even worse that the music because even though the music was forgettable the lyrics were just painful in some cases.

However not all is bad. There are things that the show has going by what that I’d like:

Other not so put together things: 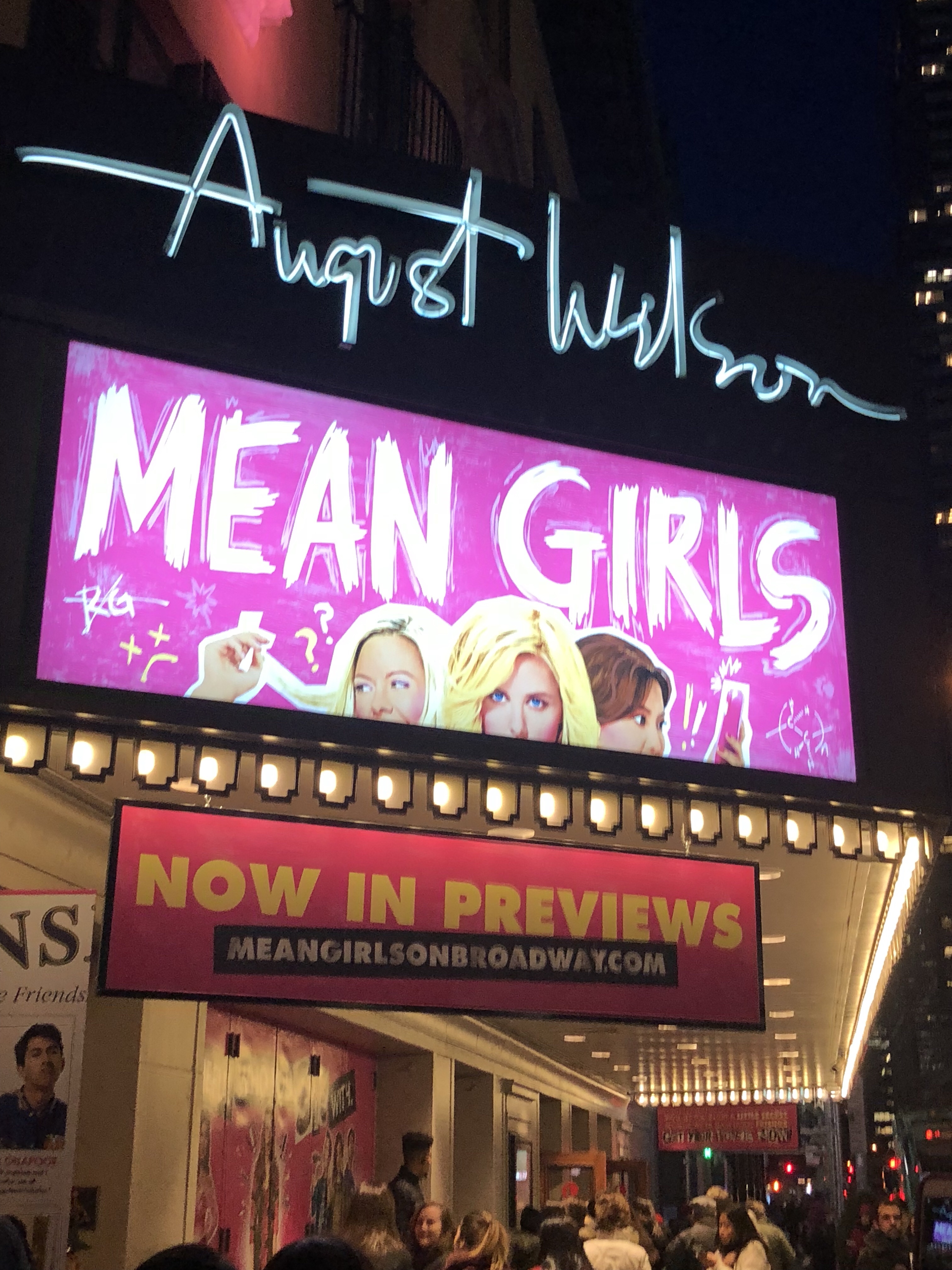