As I mentioned in previous posts… there was going to be a lot of Xmas movies being watch both new as well as old ones i hadn´t seeen. Here are my thoughts:

I have been catching up with some of the new Made for TV Christmas Movies of 2012, as well as some regular ones, here are some of my thoughts:

The Fitzgerald Family Christmas This is a very well made Xmas movie starring Ed burns, about a dysfunctional family coming together for Xmas. However as much as I could appreciate that It was real and honest, it was a little bit too depressive for me.

Official Plot summary: “Burns seamlessly weaves an ensemble story of adult siblings dealing with the desire of their estranged father to return home for Christmas for the first time since he walked out on his family 20 years ago. Family rifts emerge, and like with any family, Christmas brings a mixed bag of complicated emotions and dynamics. Alliances form, old wounds are reopened or glossed over, and the possibility for a new hope and forgiveness emerges”

The Mistle-Tones: This is the type of Christmas movie that I love. Great settings, music, cheesy romantic backdrop story and lots and lots of Christmas carols. I really liked Tia Mowry in the lead, she has a an amazing voice, even though it is a bit unsettling how good she looks, Sister Sister was over 15 years ago and she looks exactly the same as she did then. Tori Spelling is really annoying, however, you are supposed to hate her in the movie, so it doesn’t completely detract from the enjoyment of the movie. This is a strong contender for cracking my list of favorite made for TV Xmas movies.

Official Plot Summary: “Holly, blessed with an amazing singing voice, is all set to audition for the newly vacated spot in a legendary local Christmas group which was founded by her late mother years ago. Shocked and upset when the slot goes to the barely talented best friend of the group’s leader, Marci, Holly sets out to create her own musical group, The Mistle-Tones. After challenging their rivals to a sing-off on Christmas Eve, Holly finds herself on a journey to the real meaning of Christmas with some new friends and a new love thrown in for good measure” 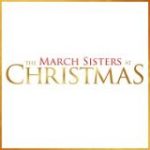 March Sisters at Christmas: This was a very satisfying X-mas movie. It was actually very appropriate for me, it mixed two of the things I love most: Christmas and the book Little Women. It is an adaptation of the Little women story on a modern setting at Xmas. As a Christmas movie, it hits all the spots, and is very well conceived. However, as it has always happened when I read the book (several times) or have watched the movies (several times again) … am I the only one who REALLY dislikes Amy’s Character??? Totally recommend it!

Official Plot summary: “To keep the family home from being sold, 4 very modern March sisters tackle home improvement on their own. But their romantic entanglements involving the boy next door, an old flame and a new acquaintance become a distraction.”:

The Case for Xmas: Such a dumb movie that in the end you enjoy it. However I feel like they stole the story and sentiment from Miracle on 34th street and packaged it on a MUCH less succesful vehicle.

Official Plot Summary: “A lawyer finds himself defending Santa Claus in the biggest trial in history.”

Holiday Spin: I really enjoyed this movie. I did not expect it to be as tragic as it was, but it was very well executed. The dancing is amazing, it even has some old so you think you can dance alumni, and mixing great dancing with Xmas is kind of cool. The Holiday Spin is actually a competition where they do ballroom dancing to Christmas Music! bonus points: The dad is Karate Kid! (and that made me feel really old!)

Official Plot Summary: “Blake and his mother Roxy live in Charlotte, NC. Roxy owns a dance studio and Blake is looking forward to a career as a fighter. On Thanksgiving Eve, there is a terrible car accident. Blake’s mother is killed and he is seriously injured. After he recovers, he finds Ruben at his bedside announcing he is his father and is taking him back to Miami. At 17, Blake cannot live on his own and has no choice but to go with the man who abandoned him as a baby. Ruben owns a dance studio where he lives with his wife, Emily.”

Finding Mrs. Claus: Another sooo bad that its acceptable movie. It is cheesy and predictable (you do know what is going to happen after minute 5) but it still leaves you feeling happy and full of spirit. The little girl in the movie is adorable, but you do have to wonder about Mira Sorvino, going from Oscar material to this!

Official Plot Summary: “When Mrs. Claus (Mira Sorvino) feels neglected by her less than attentive husband (Will Sasso), she goes to Las Vegas to help a little girl with her Christmas wish. But when Santa finds out and follows her to Sin City to make amends, he puts Christmas at risk when things don’t go quite as he planned”

Holly’s Holiday: Another Lifetime movie, another wonderfully predictable and fully enjoyable Christmas movie. It’s clearly not reaching my top movies chart, but it is good family fun at Christmas!

Official Plot Summary: “NYC ad exec Holly Maddux dreams of the perfect life, the perfect job, and of course, the perfect man to sweep her off her feet. When she wakes up one day to find the “perfect man” awaiting her, who is nothing more than a mannequin come to life, she must decide if “perfect” is the perfect fit for her.”

A Christmas Story: I can’t believe I had not watched this movie! I loved it and most importantly everyone in my family (across age groups and genders) did too. I was aware of all the cultural references (the lamp, the rabbit suit etc.) but seeing it all come together was great.

National Lampoon’s Family Vacation: I thought this movie might be an improvement over other Vacation movies that I have really not enjoyed, but sadly it was even worse! This is stupid comedy at its best, grasping at straws and pushing to ridiculous extremes for that last laugh. It was funny the first 20 minutes, afterwards you just kind of want to kill Chevy Chase!

I had done some previous reviews on Xmas Movies that were out this year and here they are:

Christmas Magic this was a great holiday film, exactly what I expect of Christmas made for TV movies , but even so, absolutely enjoyable and what you want. Lindi Booth is wonderful as the angel, and the kid also plays a great role. this is the type of movie that makes you giddy about Christmas and actually makes you want to believe in miracles.

A Princess for Christmas This was Hallmark trying to imitate Disney and failing at its attempt. It had some cute moments and the setting was great, but it was formulaic in a predictable way (you know what was going to happen from the start) . The leads I felt were a bit stiff, and it was weird seeing Roger Moore in this type of movie. The highlight is the little girl who plays Maddie and the great ballgown!

The Christmas Consultant this is a terrible movie, and that is bad coming from me, as I find something enjoyable in all Christmas movies. David Hasselhoff is just not convincing in his role and the other characters were grating. It relied on clichés too much, and I think the only reason I saw it all the way to the end was because I was at that point running low on entertainment options in my iPad