Mani – Sao Paulo: Ranked as No. 8 in The Latam 50 best, this Sao Paulo restaurant, unlike my experience at DOM, lived up to the expectations. I did not do the tasting menu, but everything we ordered was top notch. Here was our order:

Maní Egg cooked at 63°C (145°F) for one hour and a half sided by pupunha palm froth This was very interesting. Although it didn’t seem as appealing given the same textures, the waiter said i had to order it so I did. And boy was i surprised, a great burst of flavours!

Roast beef with Lapsang Souchong crust sided by tepid potato salad: My friend ordered this and its was great. such tender meat with a great crust.

Leg of lamb cooked at low temperature with roasted tubers and Brazilian nut farofa: This is what i ordered and it was very tasty. A bit heavy but expertly cooked.

“Açaí” banana, guaraná gelatin, oat farofa, brown sugar marshmallow, strawberry slush and açaí berry ice cream I think the best part of dinner were the desserts. I am a huge fie of acai and this desert version of it was great. Light and flavourful, my perfect style of dessert. The brown sugar marshmallow was great ajd the gurana gelatin should be packaged to sell. 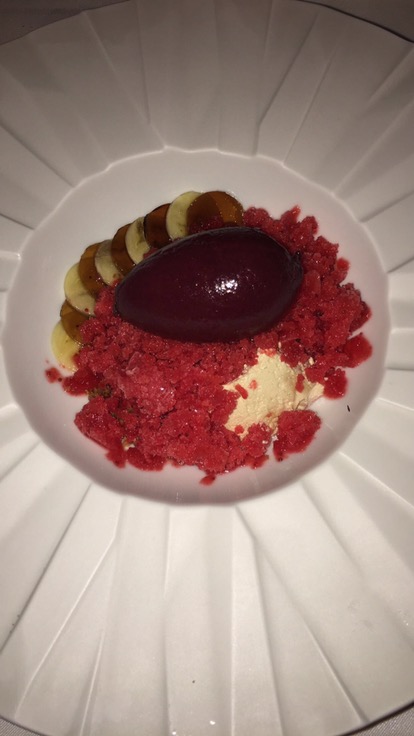 “The Egg” eggnog ice cream, coconut froth and mini crunchy coconuts I kind of had to order the egg dessert as i ordered the egg appetizer. It was super sweet but very tasty. The eggnog ice cream was a delight and the froth lightened the sugar and balanced it out.

Aramburu – Buenos Aires – A fabulous night out of food. 18 course molecular tasting menu in a great underground dark space with a beautiful open kitchen. It was inventive, tasty and above my expectations. Here’s the picture diary of what we had

To start these fabulous crackers 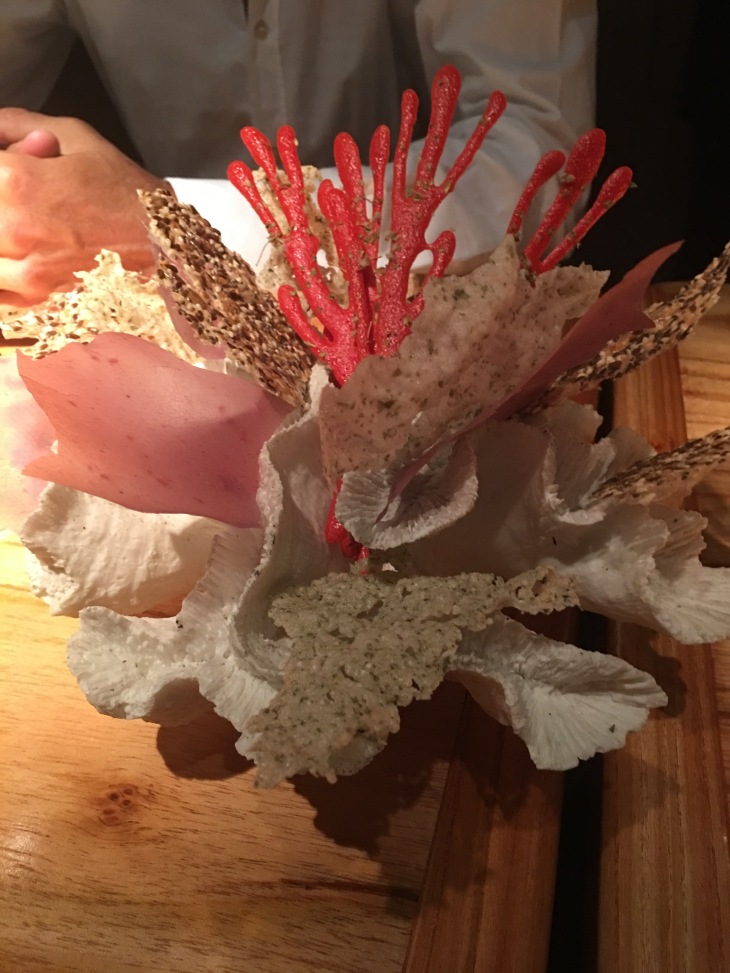 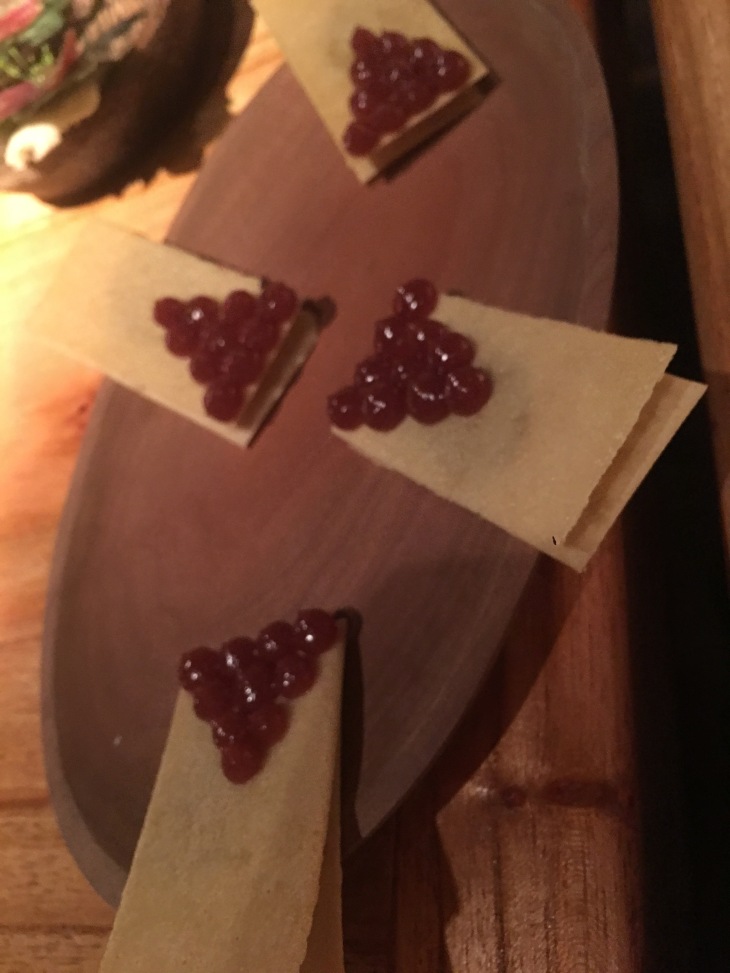 The bread basket was gorgeous…

… and so was my gluten free bread presentation 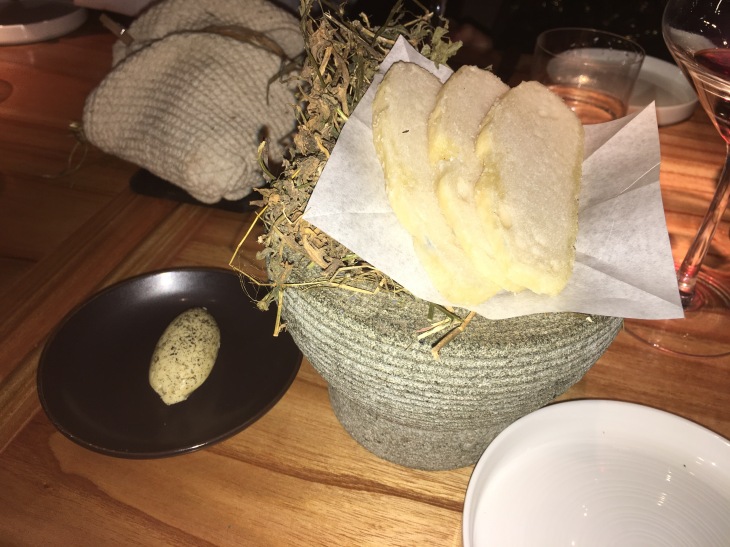 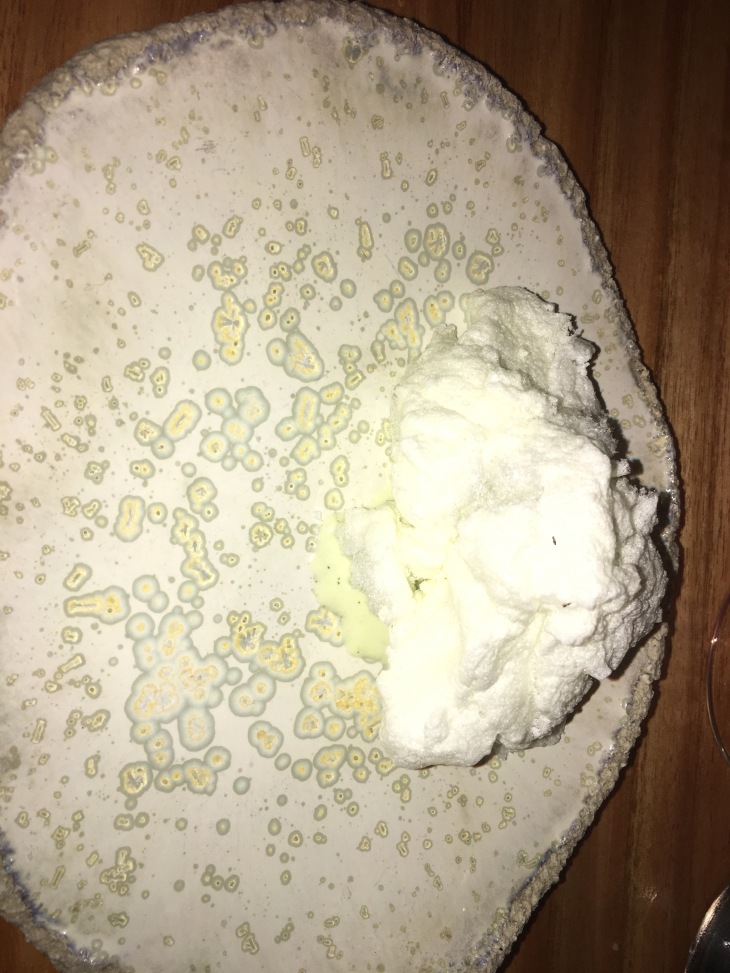 This is what my friends got  a shrimp wonton… 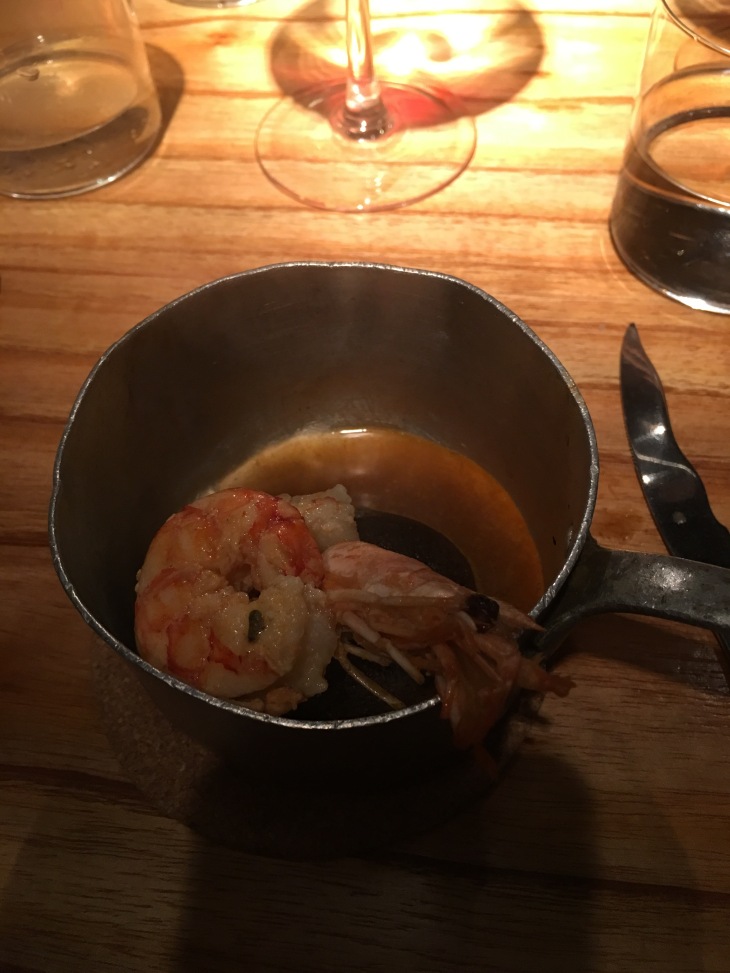 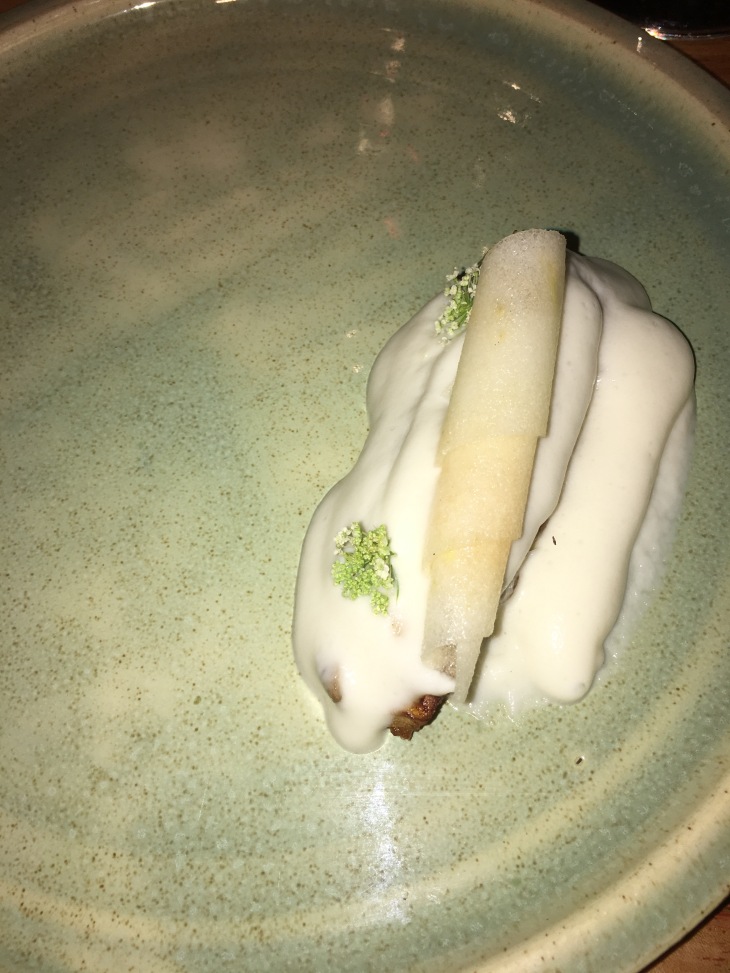 Egg with mushrooms and asparagus

Pre desert, made to look like a butterfly – ice cream with gel wings

A Chocolate surprise than even I loved!

El Baqueano – Buenos Aires: I had already been here and professed my love for it in this blog, but going with friends to Argentina we decided to try it again as they had never been. Surprisingly I had a much better experience the first time, even though this one was good. My main pet peeve, last time we got a menu and great explanations. This time little explanations and not even a menu at the end. I get them trying to be mysterious but i want to have knowledge of what i ate afterwards, at the minimum so i have some info here for the blog 😉 Some pictures of whatwe had:

Shrimp Carpaccio: One of the favorites of the night

I don’t really remember all that was in here buy it was good. Ther was fried kale, black ink croquette and a beautiful sauce 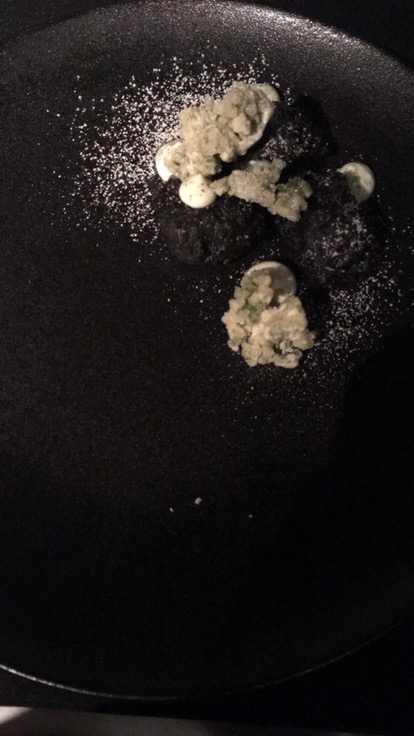 Llama Tartare with quinoa This was my favorite of the night. the contrast of tectures and flavours was spectacular

Dessert was a mix of herb ices and glaces – not my favorite. 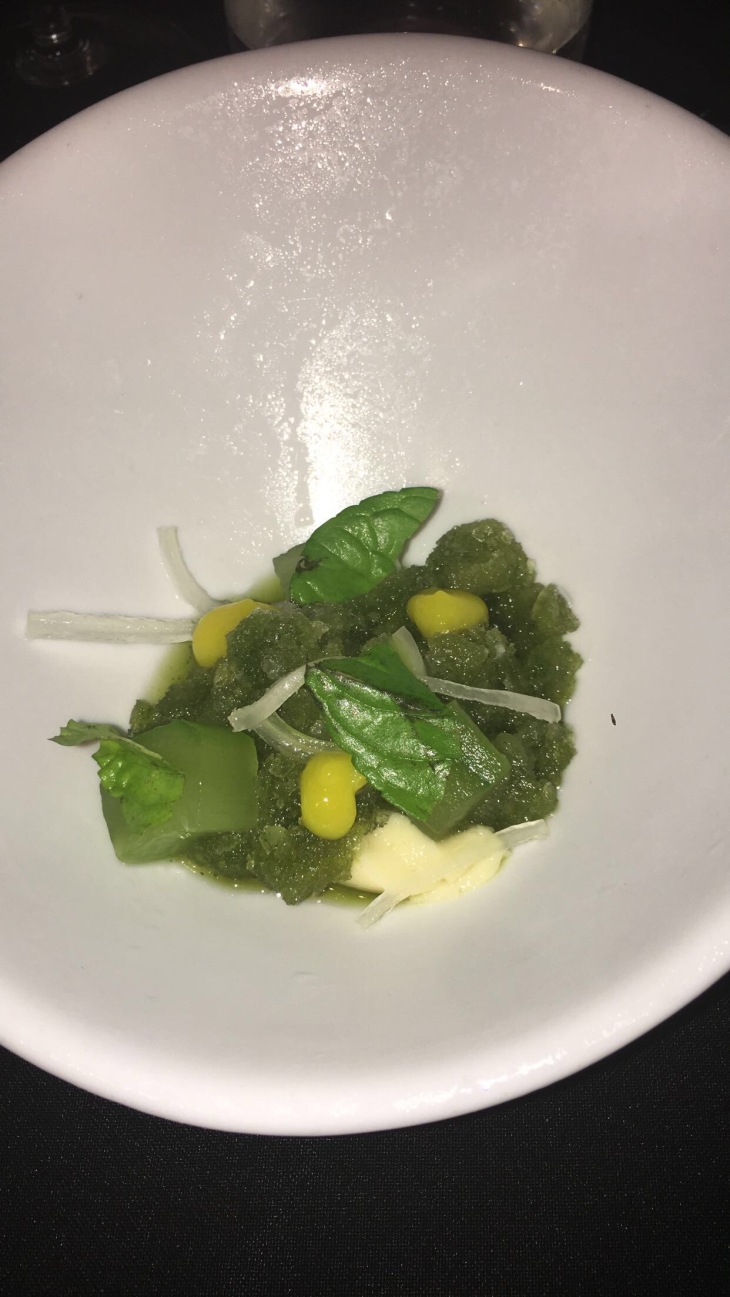 La Cabrera –Buenos Aires –  over rated and touristy. I think for good beef there are many places that are better than this in Buenos Aires. Some of our meat was flavorless, underseasoned and past its point.

Sud 777 – Mexico City – I really enjoyed this place but had higher expectations given its 50 best ranking. 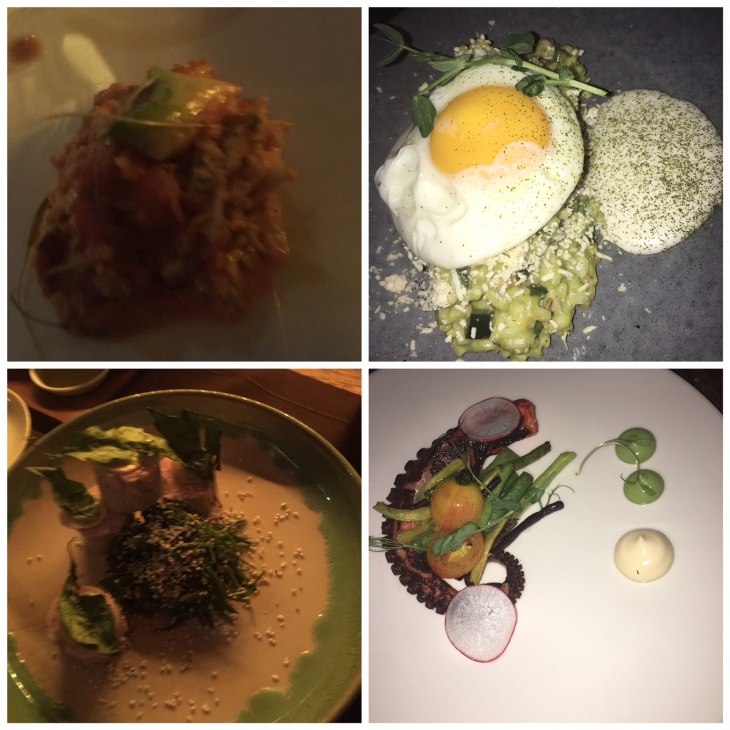